The Fall Of Von der Ahe
The Complete Archive 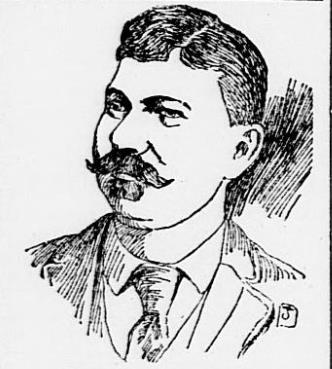 Following the 1888 season, Chris Von der Ahe and the St. Louis Browns were on top of the world.  The club had just won its fourth consecutive American Association championship and the baseball empire that Von der Ahe had built was financially vibrant.  Within a decade, however, Von der Ahe was bankrupt and no longer had the wherewithal to operate the club.  Under pressure from creditors, the Browns were placed in receivership prior to the 1898 season and Von der Ahe would spend the next year fighting to retain control over the club that he considered his personal property.  In what would become known as the St. Louis Muddle, the courts would force the sale of the club, at public auction, and the National League would expel the Browns from the League.  Von der Ahe, in the course of a decade, would go from one of the most powerful and successful men in baseball to a disgraced and fallen figure who had his club taken away from him by creditors, courts and the League.

How did this happen?

Relying primarily on the records from Sporting Life, I wrote a long series of posts that took a look at the machinations surrounding the Muddle in an attempt to see if I could come to understand exactly how Von der Ahe lost control of his club.  The entire situation always seemed overly complicated to me and it was never really clear, in my own mind, what exactly happened.  At the old site, I had written a bit about the very end of this story.  Specifically, I had written about the public auction of the club and the decision of the League to expel the Browns, all of which led to the creation of the St. Louis Perfectos.  But what I wanted to do with this series was to go back much further and chronicle the process by which we got to that point.

While I think I achieved that end, one of the things that I don't believe I achieved with this series was to give a clear sense of why Von der Ahe got into such financial difficulty.  I think I stated somewhere at the beginning of all of this that I wanted to focus on the process of how Von der Ahe lost control of the club rather than on why he ended up bankrupt in the first place.  I think I just opened with the premise that Von der Ahe was bankrupt by the end of the 1897 season and started from there.  But there are a few posts in there that go into the financial end of this and I do think I establish, almost accidentally, how Von der Ahe ended up bankrupt. But, as I said, what really interested me was the process of how all of this went down.

The really fascinating part of all of this legal wrangling that went on for the better part of a year, of course, is Chris Von der Ahe's reaction to everything.  The man fought tooth and nail to keep control of the Browns.  He had numerous opportunities to sell the club and get himself out of financial trouble but didn't.  He came up with argument after argument for why the courts couldn't take the club away from him, some of which were more valid than others.  Von der Ahe was a fascinating and complicated man and this series of posts was, at its heart, a story about that.  While I wanted to sort out what happened during the St. Louis Muddle, I really wrote this series because I wanted to spend a few months reading and writing about Chris Von der Ahe.  Up to the very end, the man was just an extraordinary and captivating figure.

So here's all of the posts that I wrote covering The Fall Of Von der Ahe.  I hope you enjoy it and find it of some use:

What Von der Ahe Has Done For The Game

Stirring Up The Hornet's Nest

I Completely Forgot About The Divorce

The Deal Is Off

The Players Weren't Getting Paid

The Conspiracy Against His Creditors

The Boss Is Completely Deposed

Interesting Information From The Sporting News

The Testimony Of John T. Brush

The Illusion Of Control

Forcing The Hand Of The League

A Dream Of Other Days

Referred To The League

The One Great Question

All There Is To The Browns

All Over But The Shouting

The Only Desire Of The National League

The Hearing, Part One

Becker Will Undoubtedly Buy The Club

His Lack Of Appreciation

Give Him A Paltry Sum To Go Away

Keep Off The Grass

No Retreat; No Surrender

The Club Is Sold

The St. Louis Muddle Has At Last Been Settled

Man Proposes, But The League Disposes

Standing In A Doorway, Alone